This game is my final year student project, produced by an 8 people team.

Close Call is a survival experience in space using Oculus Rift and made with Unreal Engine 4.

In an uchronia of the Cold War, the player is put in the suit of an astronaut lost in a devastated Russian space station. He must escapes while deciding to follow or not an Artificial Intelligence that is carrying.

On this project, I was in charge of global aspects of the artistic direction. So I modelised, texturised the majority of the environments. I was also in charge of the lighting of different scenes and the general visual aspect, mostly camera effects and post process. 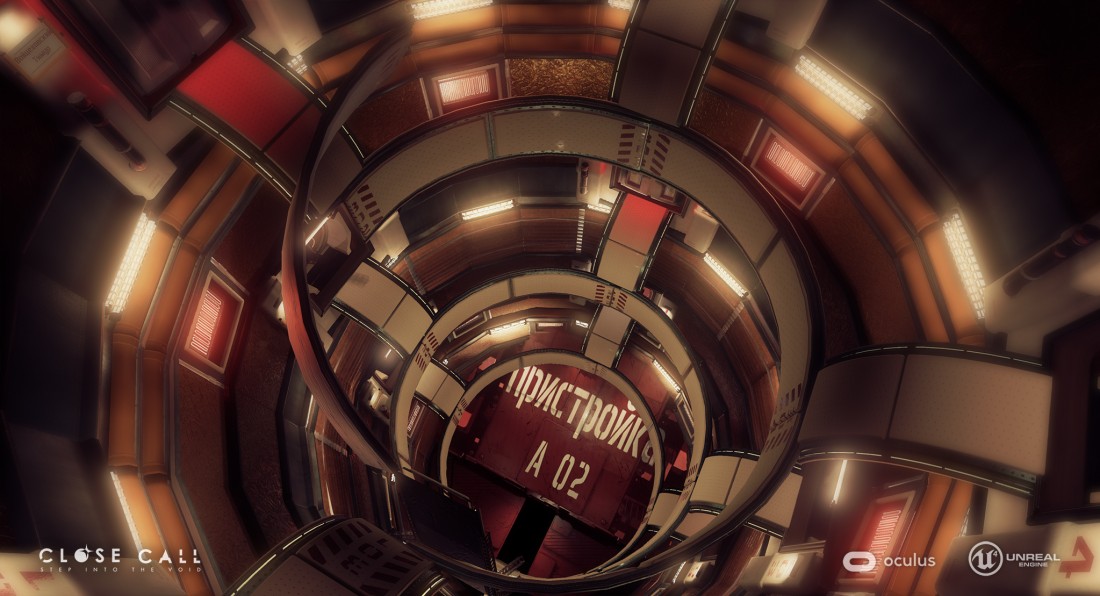 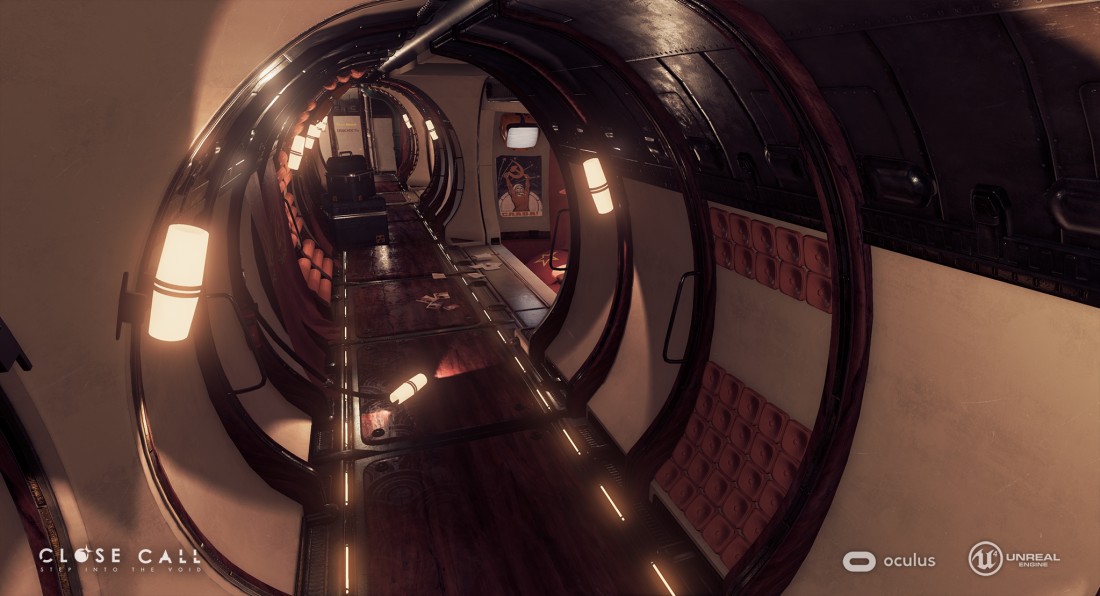 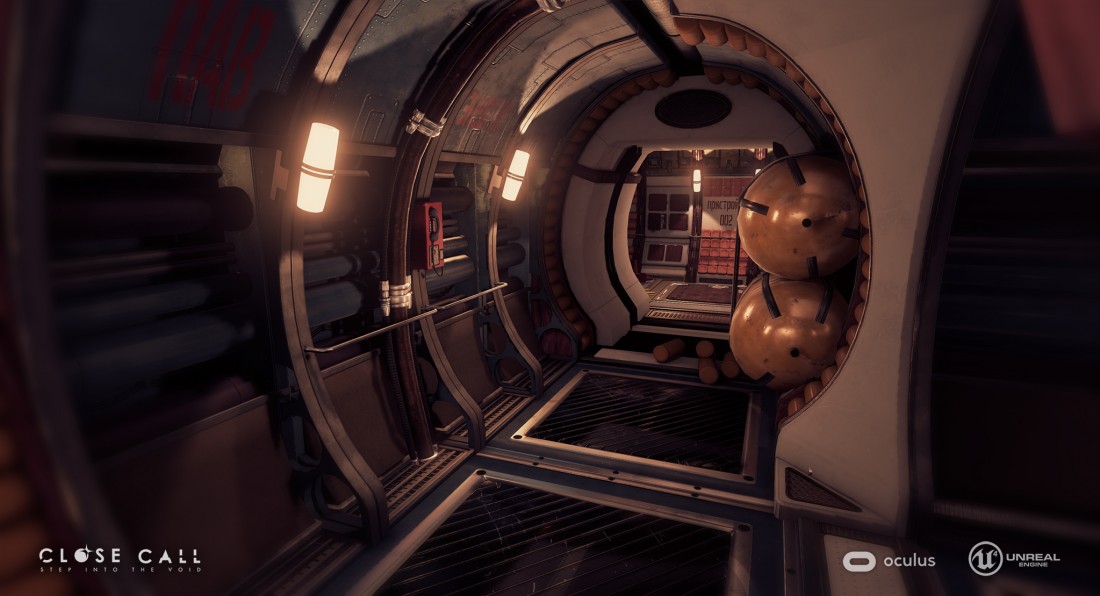 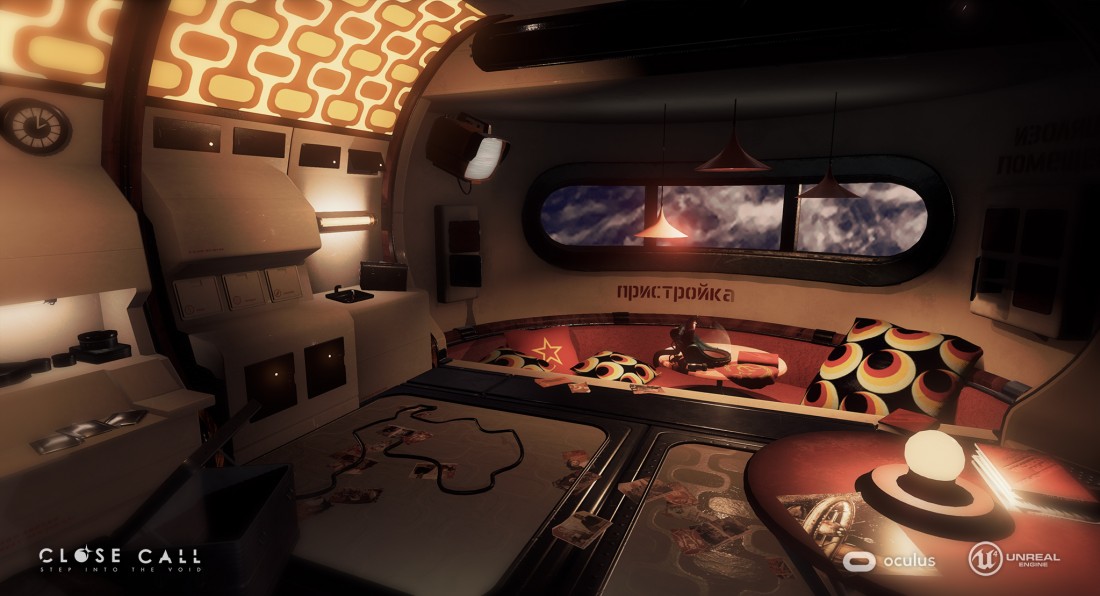 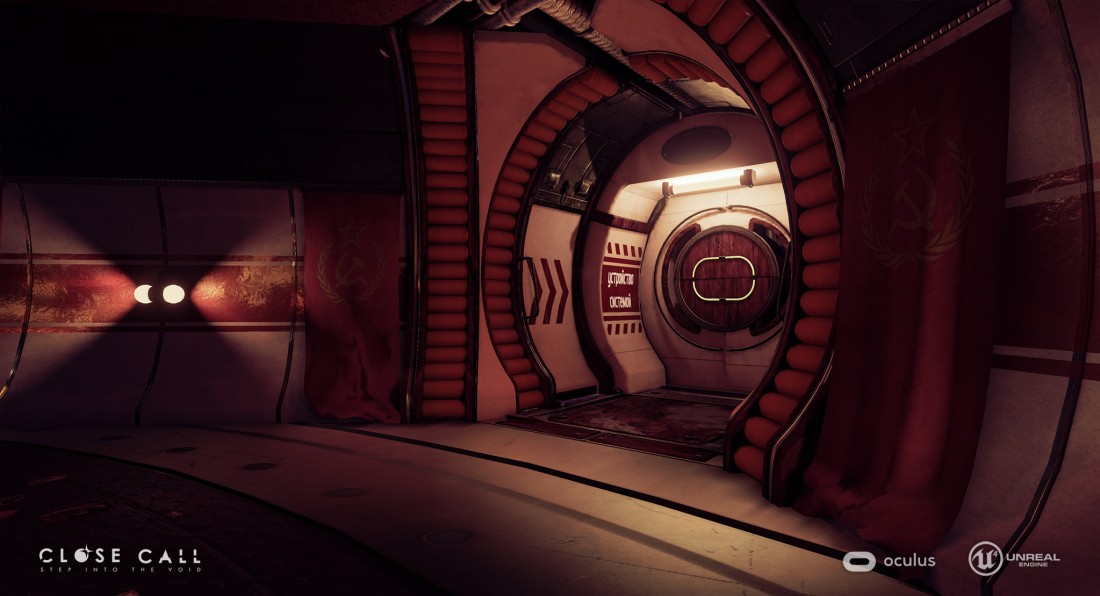 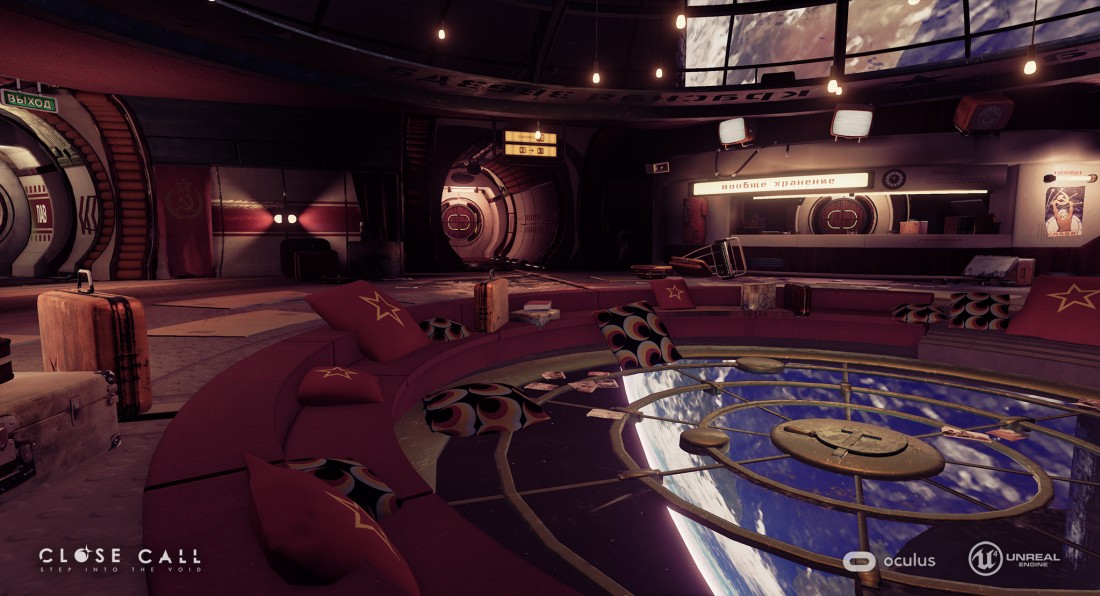 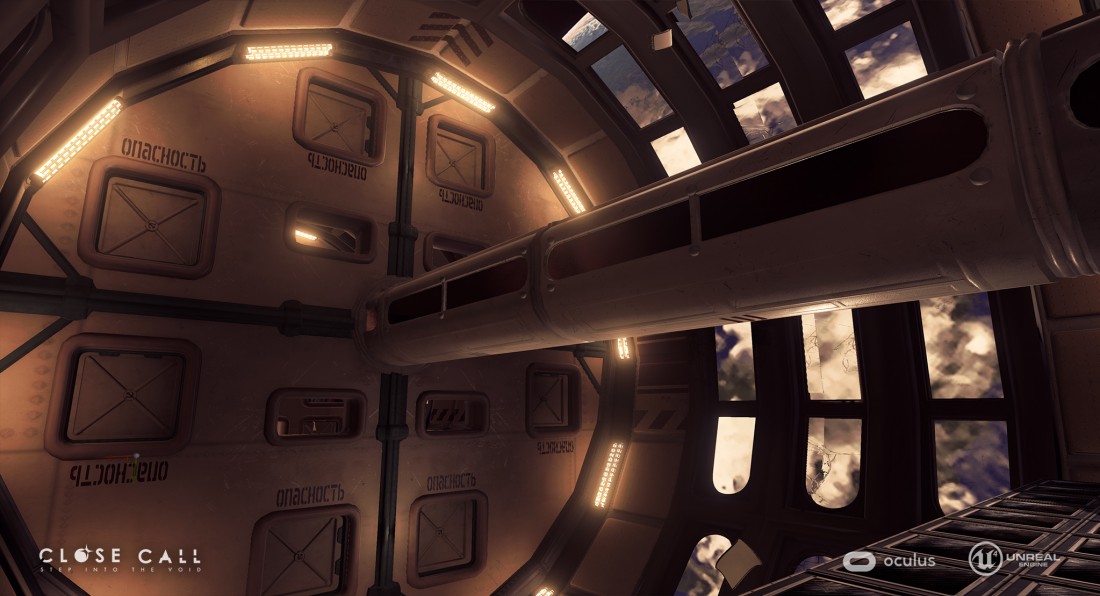 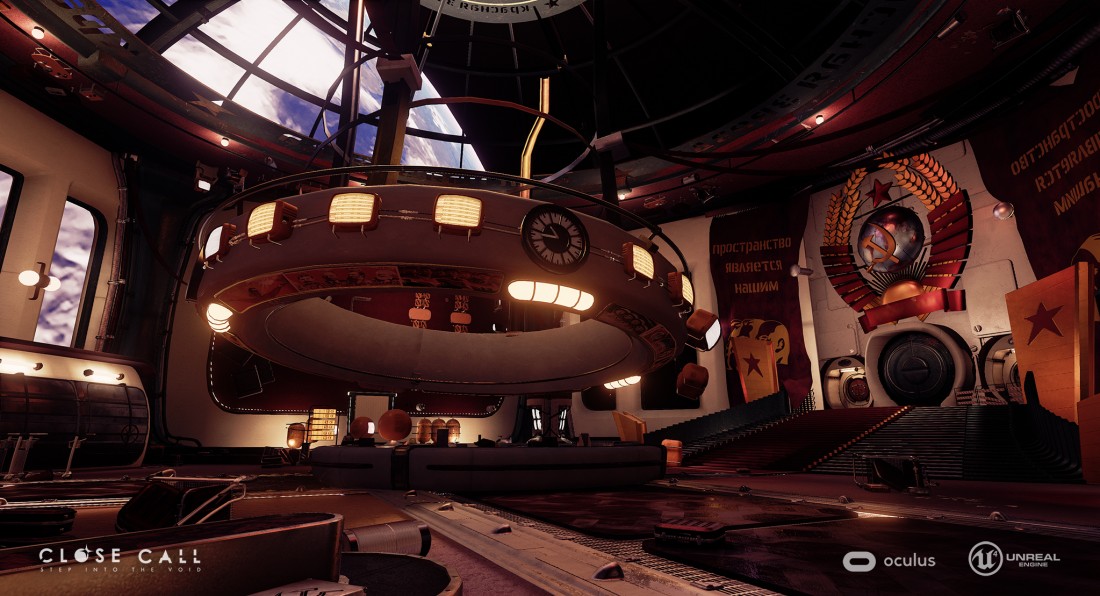 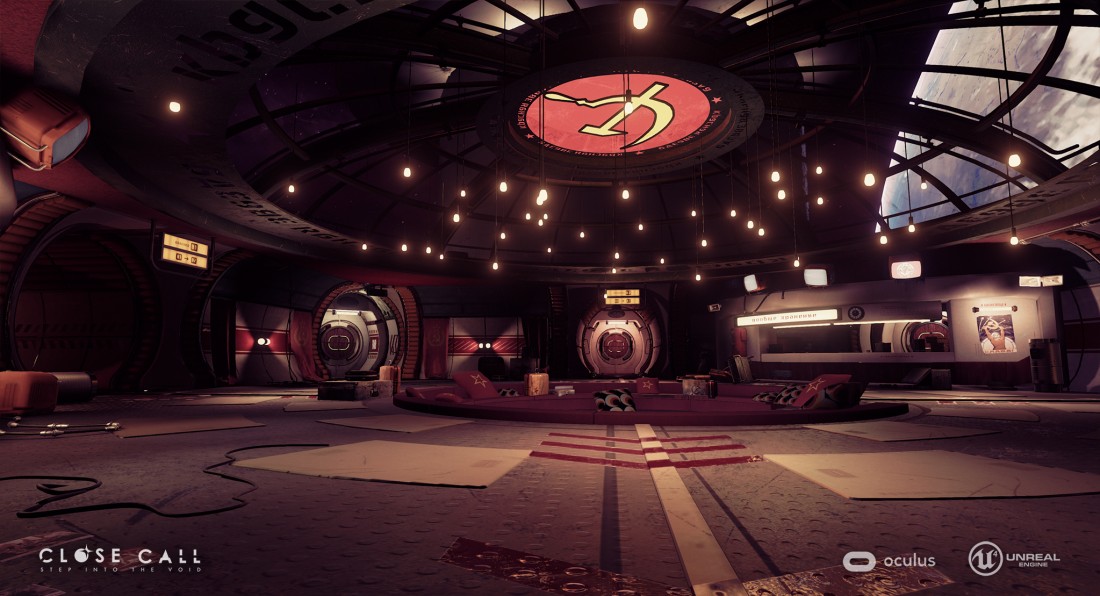 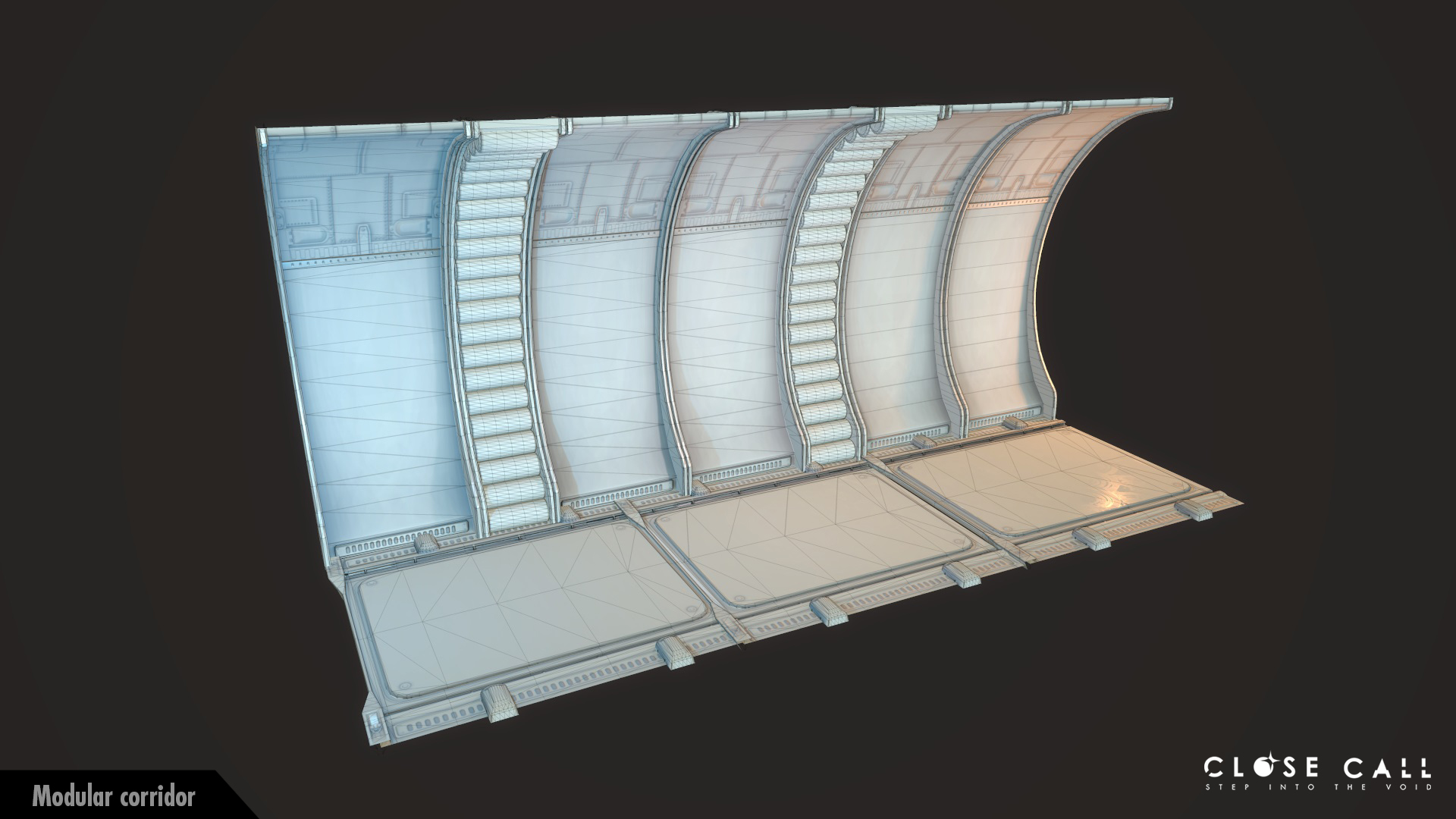 With my 2 game artists team colleagues, I take part in the creation of the artistic direction of the game.
Our main inspiration is 60-70's interiors design, we want to combine this specific fashion style with the functional indoors of a spaceship.
As the game takes place in the Cold War periord, our Russian station has to convey this particular soviet propaganda cliamate.
Mixing elegance, contrast between materials, and functional structures, we also want to create specific atmospheres. Our main direction is to produce a warm sci-fi environment, sometime pleasant, sometime oppressive.

Being aware of colleagues worries and ideas and promote exchanges between people in the team, but also with others students